Here are 3 art projects that inspire me in 2012. You can see other projects on my Pinterest.
My previous posts on Architecture Projects, Design Projects, Fashion Portfolios

AXIOM & SIMULATION examines the ways in which humans quantify and explore our natural surroundings by through the use of artistic, scientific, and digital realism. As a developed global culture, we are constantly transforming physical space and objects into abstract non-physical thought to gain a greater understanding of composition and the inner workings of our surroundings. These transformations often take the form of mathematical or scientific interpretation. As a result of these changes, we can misinterpret or even lose all reference to the source: when the calculated representation is compared to its real counterpart, an arbitrary and disconnected relationship is created in which there is very little or no physical or visual connection resulting in questions of definition. Take for example a three-dimensional rendering of a mountainside. While observing the rendering, it holds a similar form to what we see in nature but has no physical connection to reality– it is merely a file on a computer that has no mass and only holds likeness to a memory. When translating the rendering into binary code, we see just 1’s and 0’s – a file creating the representation from a language composed of only two elements that have no grounding in the natural world. After all of these transformations, a new reality is created – one without an original referent, a copy with no absolute source. When observing these simulations and interpretations of our landscape within a single context or picture plane, ideas of accuracy, futility, and original experience arise. 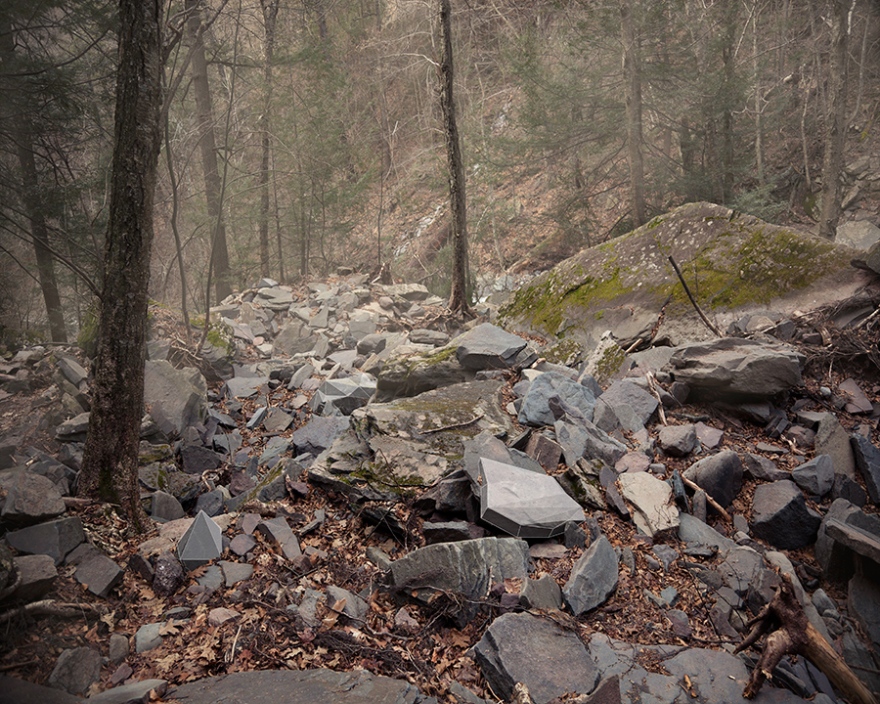 “AUTO FIRE” is a cycle of Paweł Fabjański’s photos that treat – among others – about uncertainty, indecisiveness, ones habits, ones anger. Its universal protagonist is someone about 30 years old and at this point he looks back at his life.

The title “AUTO FIRE” brings the need of defining ones private emotions and feelings (or, sometimes, lack of those). This symbolic 30s’ birthday is defined as a moment when one takes the opportunity to reconstruct heretofore life’s episodes into the most secure and safe for its own psyche form of narrative.

The state of ‘in-between’ is the strongest linkage between the characters in the photos. Many oppositions demand a final resolution. Fabjański correctly picks up everyday absurdity. He takes out its context of routine and shows it in form of an action snapshot that is, at the same time, both documental and abstract.

The protagonists of the photos are suspended-like, since they are accompanied by an accumulated tension at an edge of blowing up in a second. Impression of a recently captured snapshot is heighten by its filmographic scenography. But will it twitch, will something happen? Isn’t it that it has already happened and now we’re just left here to analyse and understand it? 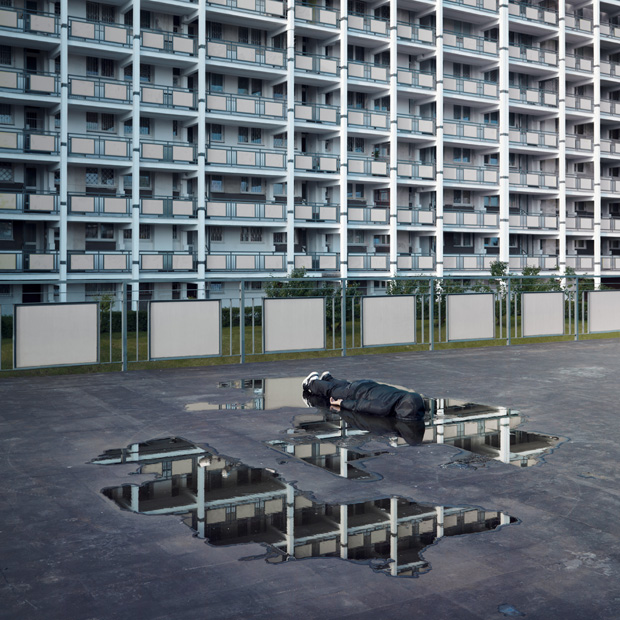 I worked here on a physical representation of the idea of measure. The objective was to ‘materialize’ tension in a sense, to make the notions of weight, distance and angle palpable…This work lies in the context of my search for purification around raw materials such as concrete and metal. This is why I played with simple shapes which catch light and transcend the volume structure. 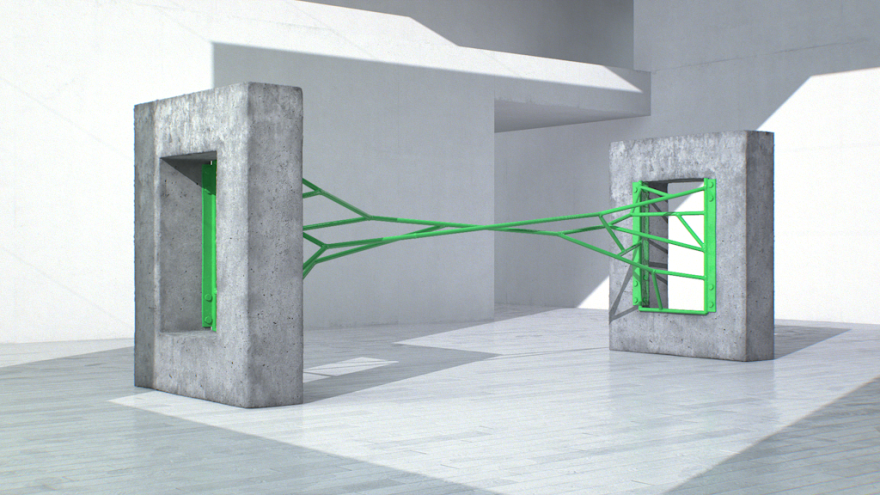