Here are some creative projects that inspire me in February 2013. You can see other projects on my Pinterest or on my Good To Know Series.

Love is in the Air, 2013
Tom Wrigglesworth & Matt Robinson

A short love story back projected into the warm breath of a couple on a cold February evening. Shot, produced and directed by Wriggles and Robins
Projected animation by Treat Studios
Graded by Richard Fearon at MPC 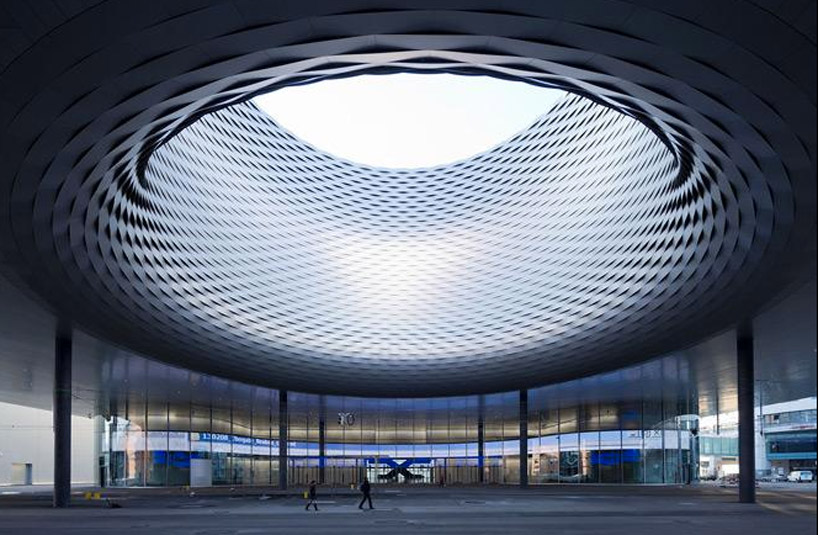 The annual art basel exhibition held in june will now be hosted at local firm herzog & de meuron‘s new ‘messe hall’ that has taken the place of the two original buildings. The main feature differentiating the new structure with the old is the city lounge concept, whereby the traditional courtyard is turned inside out and offers a social space year-round, servicing the main entrances to the north and south foyer and revitalizing exhibition square with a strong public component. Three new halls (hall 1.0, 1.1, and 1.2) are stacked upon one another, protruding out over the street with their own distinct formal character. The entire project was constructed in 22 months, split up into three phases: preliminary site work, main construction work, and dismantling of previous halls and construction of the new halls.

The ground floor provides 10,000 square meters of space (10 meters tall) divided between hall 1.0 and the general event space – ideal for concerts, seminars or banquets with up to 2,500 posts for seating -clad in an internally-facing glass facade and external fluid shell that responds to the flow of circulation and human scale, an important factor as the majority of the traffic will be arriving from the tram stop directly in front of the city lounge area. A combination of steel members and regularly spaced columns – on a grid of 26m x 16m – allow for medium-spans and a regular sequence of free space for maximum flexibility in the organization of events. Two light-filled transparent foyers receive guests and offer social areas between the third party commercial functions, including restaurants and bars, as well as a 100-person MCH lounge for smaller and more private gatherings. via designboom.com 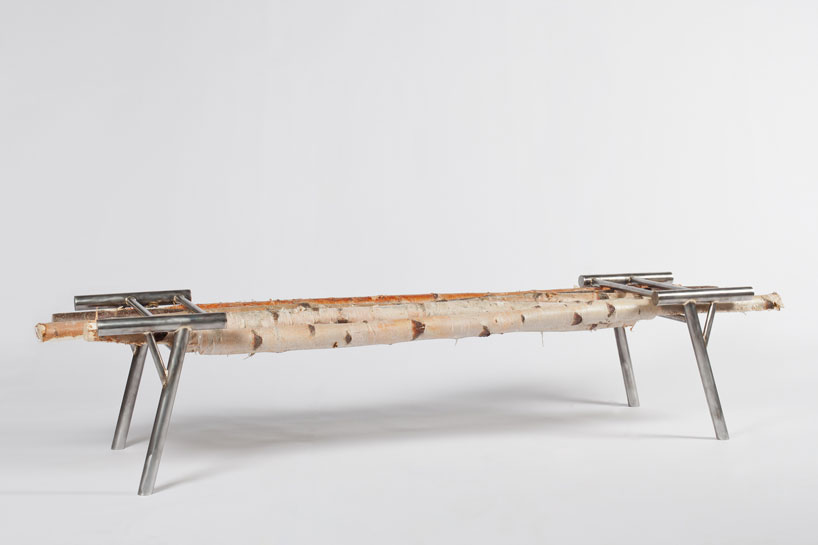 Ten students of the wood oriented furniture design course at HDK steneby in sweden were asked to come up with ways in which to help and support local businesses through design. Collaborating together with unlikely partners – dalsspira goat milk dairy factory and supplier näsbön nöt & get – they have collectively conceived ‘Goats on Furniture‘, a grouping of unique objects which they presented at the 2013 stockholm furniture fair within the greenhouse program – a venue for young designers to exhibit their work to manufacturers and industry professionals.

As part of the development of their work, the students spoke with farmers who explained the behaviours of the animals, which ultimately informed their creative decisions. Fredrik Karlsson’s ‘Getbock Bench’ has been made through the interaction of the goats in which he has made use of the fact that they enjoy eating bark. he designed a bench system whose main components are two steel pipe constructions which act as braces in which to place a series of logs that form the sitting platform. ‘getbock’ is then left within the goats’ habitat on the farm, where they are able to feast on the bark of the birch wood employed in the furniture piece, feeding while also contributing to the overall aesthetics of karlsson’s work. via designboom.com 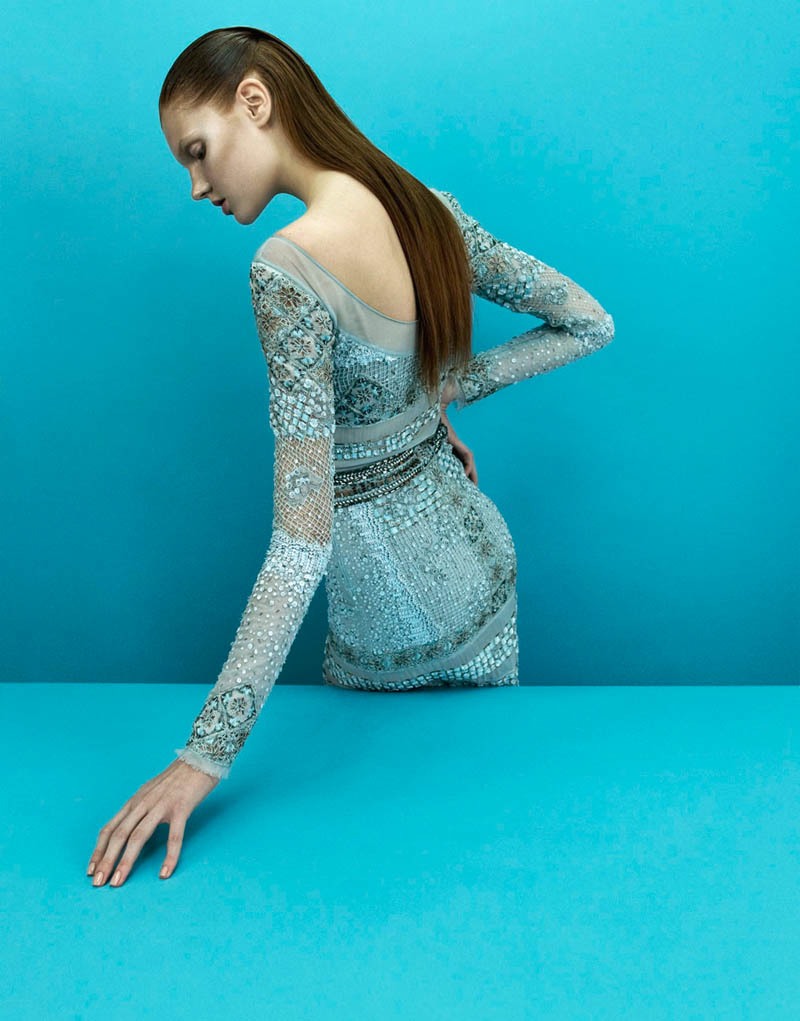