vHere are 5 Art Projects that inspire me in 2013. You can see other projects on my Pinterest or on my #GoodToKnow
My previous Top 5 posts on #Advertising, #FashionCover, #FashionPortFolio, #VsFashion, #MontrealParty, #FashionCollection, #Polyvore

This conceptual food by Royal College of Art graduate Minsu Kim would wriggle around on the plate and in your mouth.

Minsu Kim’s Living Food project builds on developments in synthetic biology to propose meals that behave like living creatures.
“Synthetic biotech has already started to create artificial life in organic forms,” says the designer, citing a swimming artificial jellyfish made of heart cells by researchers at Caltech and Harvard University. “Breathing life into artificial digestible forms in not merely a fantasy.”

In the Design Interactions department of the Royal College of Art’s graduate exhibition this week, Minsu Kim presents three dishes, each exhibiting a different behaviour: wriggling around, waving tentacles or puffing up as though breathing. 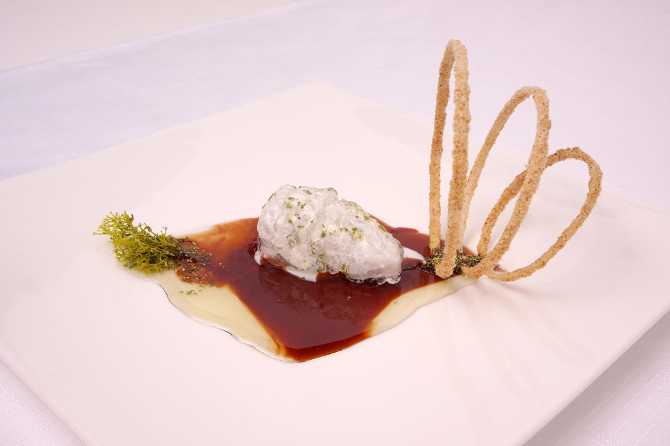 “This project explores new culinary experiences through developments in synthetic biology, and finds its lineage in haute cuisine and molecular gastronomy,” the designer adds. “What if food was able to play with our cutlery and create hyper-sensations in our mouth?” via dezeen.com

The Spanish artist Elena Mir, offers us her impressive work on paper: she builds geometric shapes in 3D cutting sheet after sheet, and leading. via fubiz.net

“Box” explores the synthesis of real and digital space through projection-mapping on moving surfaces. The short film documents a live performance, captured entirely in camera. Bot & Dolly produced this work to serve as both an artistic statement and technical demonstration. It is the culmination of multiple technologies, including large scale robotics, projection mapping, and software engineering. We believe this methodology has tremendous potential to radically transform theatrical presentations, and define new genres of expression.

The function of 3D object is that it can be read from many views. When applying 2D image on it, it limits the view into one single point to reach the 2D image correctly. In this case the function and element of 3D is being despoiled. However it is this 3D object, which is not functioning as a 3D object when being limited, carry out and create the 2D image. 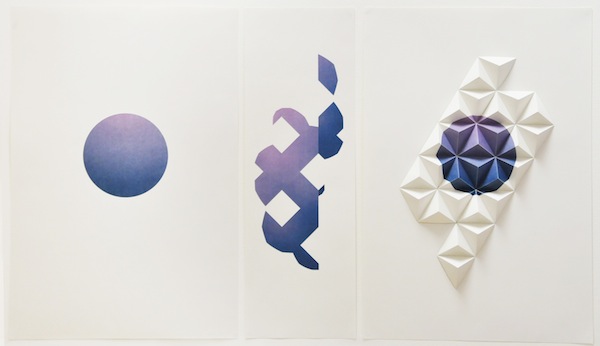 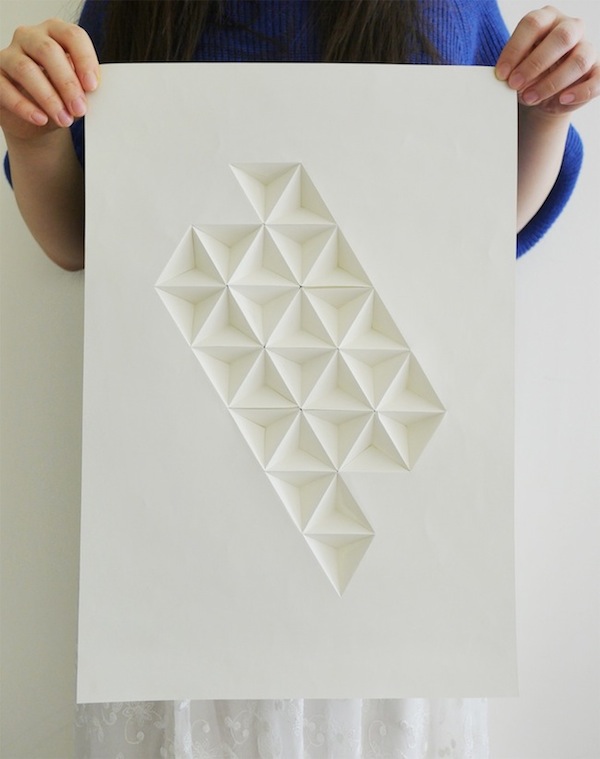 The outcome consist of five 3D posters, starting from a blank one, which is more being focus as a 3D object. In the following four, the image of colored shape grows from the center to full page, from 2D to 3D.