Here are some creative projects that inspire me in February 2014. You can see other projects on my Pinterest or on my #GoodToKnow. 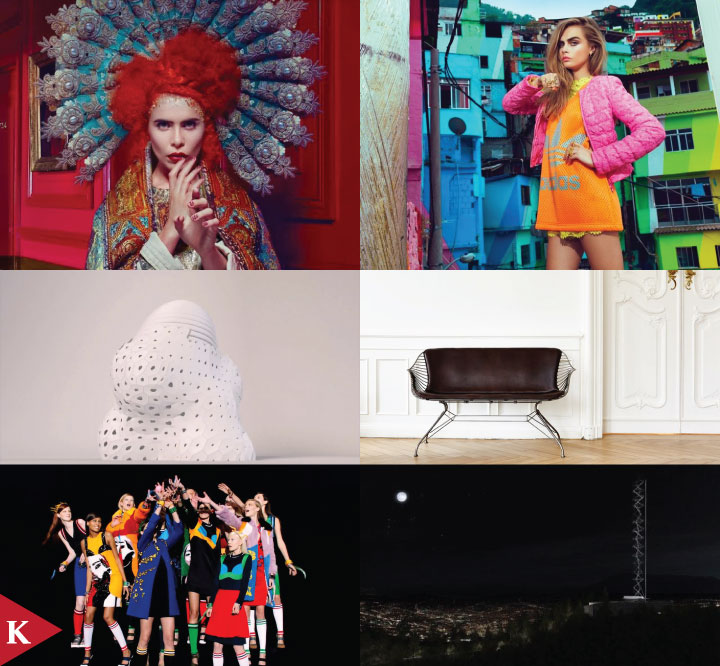 Smiljan Radic, Gabriela Medrano, and Ricardo Serpell have won a competition to design a new landmark for Santiago, Chile: an antenna tower to be placed on the summit of San Cristobal Hill, in the heart of the city. The “Santiago Antenna Tower,” a unique telecommunications tower with panoramic views, should be completed in 2017, in time for the centenary of the Metropolitan Park of Santiago.
The winning proposal, which will be installed 600 meters from the statue of the Virgin Mary, will be 140 meters high and made up of 11 rings that encircle antennas installed in five masts and three towers, which currently host the emissions of 10 television channels and 33 radio stations. One of the salient features of the winning proposal is the lightness of the structure, which allows it to become an icon without affecting its context, such as the silhouette of the hill and the statue of the Virgin. The design also includes a public terrace and pond while also accounting for lighting at night for the main structure as well as different services for visitors, including a café, shop, ticket office, and public restrooms. via archdaily.com

Merging traditional craft techniques with modern technology, danish design brand Overgaard & Dyrman has created ‘The Wire Collection’. Based on saddlery and metal work, the series includes a dining chair, lounge chair, love chair and a coffee table. Challenging a sense of synergy and contrast in the use of materials, a balance is found between functionality, ergonomics and manufacturing. All made within a workshop just outside of copenhagen, the ‘Wire Collection’ comes in a black coated steel frame or in a clear coated brushed one. The upholstery front is made from a soft 2mm vegetable tanned leather with the back uses a 3,5 mm full-grain leather. via designboom.com