Here are some creative projects that inspire me in May 2014. You can see other projects on my Pinterest or on my #GoodToKnow.

Artist Takeshi Murata has created the Titled Melter 3-D sculpture, in the shape of a reflective ball which melts before our eyes in a perpetual way. This sculpture is actually a zoetrope which confuses our perception and gives the illusion of an infinite melting’s movement. Exhibited at the Ratio Gallery in San Francisco.

The Evansville Museum of Arts History and Science asked the teams Projectione to make the implementation of its extension, also includes an immersive cinema . Using more than 1500 panels of six different wood types and thought the dome, it offers a beautiful surface and playing with talent on the concept of evolution and pixelisation. via fubiz.net 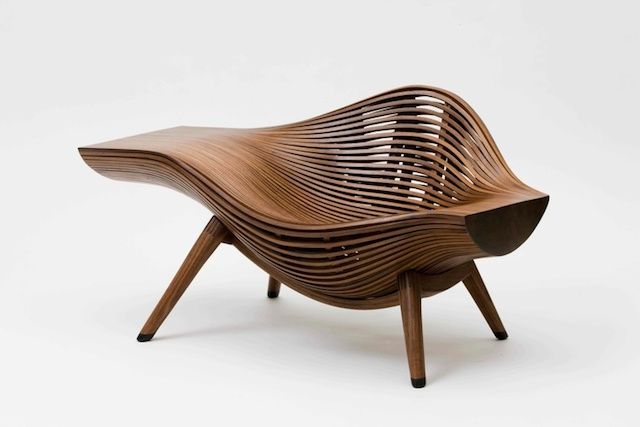 With the philosophy of Bae Se Hwa is to achieve balance and harmony through the use of form and function. His works follow this philosophy, each representing drawings while minimalist curves : a perfect balance of natural elements and geometric construction that captivates the different human senses. via fubiz.net 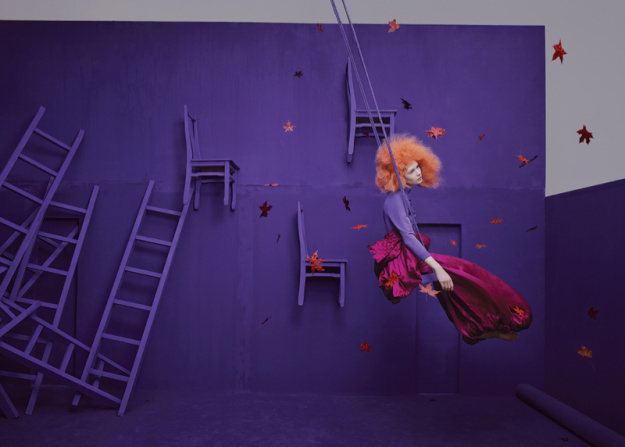 Things get surreal for the May issue of Harper’s Bazaar China with this fashion spread featuring Alexandra Martynova. The model, who also appears in Tom Ford’s summer beauty campaign, poses for Charles Guo in a fantastical set of images where gravity seems to not apply. Stylist Fan Xiaomu dresses Alexandra in bold looks from the spring collections of Miu Miu, Roland Mouret, Prada and more. via fashiongonerogue.com

Julia Bergshoeff by Jasper Abels for Prestage No. 8, 2014

There are all sorts of Aliens living throughout space. Johnny is a Space Delivery Man who travels to different planets to deliver packages. Johnny is lazy and his only desire is to sleep in his autopilot spaceship. When the spaceship arrives at the destination, all he has to do is simply deliver the box.
However, it never goes as planned. Johnny encounters strange and bizarre planets
and always seems to cause trouble on his delivery route.

Agency BEING France and the Asta Philpot Foundation encourage you to look beyond appearances in an inspiring and surprising new film that challenges the way we look at people. “Beyond Appearances The diversity song” is a series of portraits of supposed outcasts, and aligns wrong first impressions because you shouldn’t judge a book by its cover! If you think I’m too fat to be hot, or too old to party, if you think Iâm different because of the color of my skin, or I’m boring because I wear ties, then think again! Open your mind or you can kiss my ass!
All the protagonists of the film were volunteers eager to spread Asta Philpotâs message of diversity, positivity and empowerment. They were cast for their differences, which they were willing to affirm proudly.
The catchy original score, composed by famous singer Ben Von Looy, of the Flemish band Das Pop, is a reference to typical cool, Rat Pack crooners melodies, with lyrics written by BEING France. The haunting melody was composed to suggest to listeners that the singer himself is a âclichÃ©â, a handsome guy with a soft, soothing voice, only to discover at the end that it is Asta Philpot singing, who you didnât picture as your obvious crooner. Asta Philpot is affected with arthrogryposis, which impairs his physical ability of movement.
For this inspiring campaign, BEING France chose to work with director Pierre Edelmann, whose sense of photography and authenticity allowed him to magnify the diversity and differences of the protagonists of the film.
Client: Asta Philpot Foundation
Agency: Being Paris
Production: ELSE
Country: France via bestadsontv.com