Here are some creative projects that inspire me in October 2014. You can see other projects on my Pinterest or on my #GoodToKnow.

Represented by the same studio of Lara Kiosses, vegetal artist Duy Anh Nhan Duc has collaborated with photographer Isabelle Chapuis for two poetical series : “Etamine” and “Dandelion”. The first series of portraits focuses on a man dressed up and masked by carnations’, anemones’, iris’ and chrysanthemum’s petals. The second one pays tribute to dandelions through women’s portraits, full of finesse. via fubiz.net 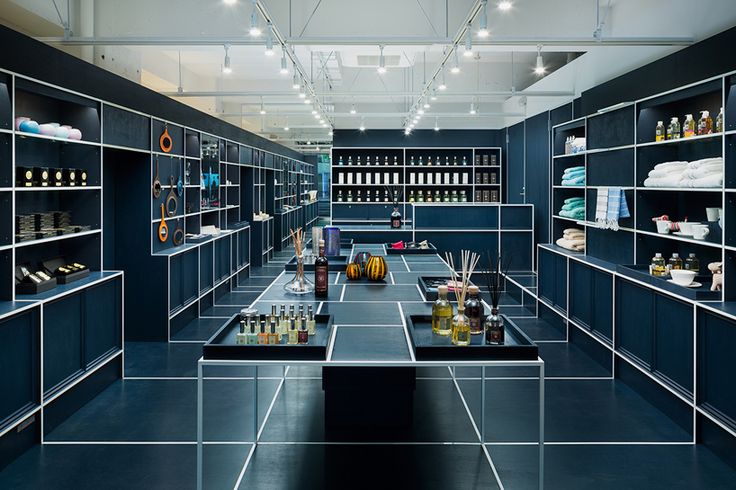 Designed by japanese practice JP Architects, this tokyo-based gift shop selling european sundries is defined by its white gridded pattern that delineates the store’s shelving units, furniture and door frames. The base color of ‘le mistral’ is navy blue, the signature tone of the company that also provides a stark and refined backdrop. At the center of the volume, products can be placed on a table that features markings designed to accommodate each size of display tray. The nature of the plan means that items can be presented in a variety of formats, with the possibility to rearrange the objects daily. via designboom.com

Uiliuili bench, designed by the architect Piotr Zuraw, is a piece of city furniture of an intriguing aesthetic form. Its curious shape encourages unconventional behaviors – on the uiliuili bench users can sit, lie down, stretch, curl up, sit a bit higher, climb, jump… Possibilities are endless, and new ones will surely be discovered by the users according to their own preferences and creativity. via contemporist.com

The uKeg Pressurized Growler for Fresh Beer by GrowlerWerks

The Sound of COS. COS, a brand under H&M, wants you to not only see their designs but hear them as well. Dutch duo Lernert & Sander arrive on the scene with oven mitts, umbrellas, and more

Leo, a Hi-Tech ‘pet’ robot, wanders alone in Paris following the mysterious disappearance of nearly all living species. He spends his days trying to entertain himself but to no avail. Then one day he meets a new living being…
Alexis Decelle, Cyril Declercq, Vincent Defour and Pierre Jury (all students at the animation school Isart Digital), have directed the short animated movie “L3.0″. The movie tells the story of a “pet” robot named Leo who wanders alone in a post-apocalyptic and boring Paris until the day he meets a new human being.
Effets Spéciaux 3D : Alexis Decelle, Cyril Declercq, Vincent Defour, Pierre Jury
Music & Sound Design : Victor Battaglia, Nicolas De Ferran, Rémi Haentjens, Maxime Ferrieu

In a new prank film for Toyota AYGO, Saatchi & Saatchi Dusseldorf shows the car’s playful side by launching ‘Aygo Crazy’ to appeal to young people who meet the littleimperfections of life with humour. The main character of the prank is an extensively remodelled AYGO-Low-Rider, which cruises through the streets of Berlin and draws attention to itself by humorously marking it’s territory.
Client: Toyota
Agency: Saatchi & Saatchi, Dusseldorf
Country: Germany