Here are some creative projects that inspire me in April 2015. You can see other projects on my Pinterest or on my #GoodToKnow.

Taipei Sales Center – Taiwan, 2015 by Dwayne Oyler, Jenny Wu @oylerwu
Designed by los angeles-based practice Oyler Wu Collaborative, this renovated structure in taiwan features a torqued void that cuts through the southern façade of the building. Located on the future site of a 16-story residential tower (also designed by oyler wu collaborative), the developers were interested in restoring the existing corner building to become the sales center for the project. via @designboom

Tone Shelf, 2015 by Mizuki Odashiro www.musabi.ac.jp
Japanese designer Mizuki Odashiro has presented ‘Tone’, a shelf that is made from lightweight tulle fabric. the colored material is attached to a simple metal frame with each shelf able to hold up to 5kg. The opaque shelves are fixed using 3m™ Dual Lock™ fasteners, which are much stronger than standard velcro. The fabric can easily be attached and removed so that it’s user can change the layout to their own requirements. ‘Tone’ was shown at the graduation show at Musashino Art University in Tokyo and is 1800 x 1040 x 400 mm in size. via @designboom

Beastgrip Pro @beastgrip by Vadym Chalenko
The most versatile lens adapter and rig system for phoneographers. Compatible with iOS, Android and Windows phones.

Stromae @Stromae – Carmen by Sylvain Chomet.
Stromae unveils the animated clip of Carmen, his song dedicated to social networks. We owe the designer and French director Sylvain Chomet (Triplets of Belleville) and Orelsan.

Swedavia @Swedavia : Play For The Red Cross by Akestam Holst @akestamholst.
Ms. Pac-Man, Space Invaders and Galaga at Stockholm Arlanda Airport and GÃ¶teborg Landvetter Airport you can now play some of the most classic and loved arcade games. Play with whatever foreign left over coins you have in your pocket and at the same time help the Red Cross. Behind the project is Swedavia Swedish Airports and the Swedish Red Cross, together they have developed a more refined version of the traditional collecting box. Agency: Akestam Holst. Stockholm

Wildfang @wearewildfang Presents: Evan Rachel Wood @EvanRachelWood in Evan Rachel Would by James Westby @JamesWestby.
Experience a memorable day-in-the-life of actress Evan Rachel Wood as she bounces around Portland taking on the crazy, unexpected, and sometimes ridiculous adventures life presents. From a book signing with Kim Gordon, mascot training with Robin Lopez, to a karaoke sing-off with Beth Ditto—the right answer to any question is always “Evan Rachel would.” 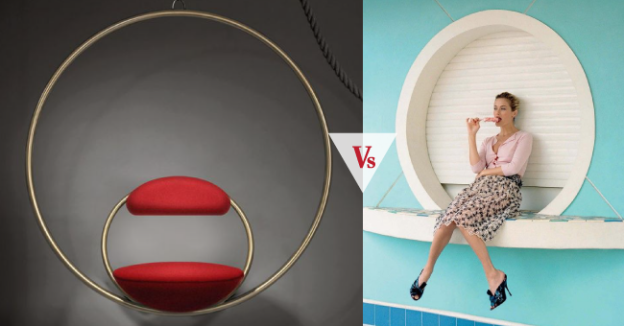